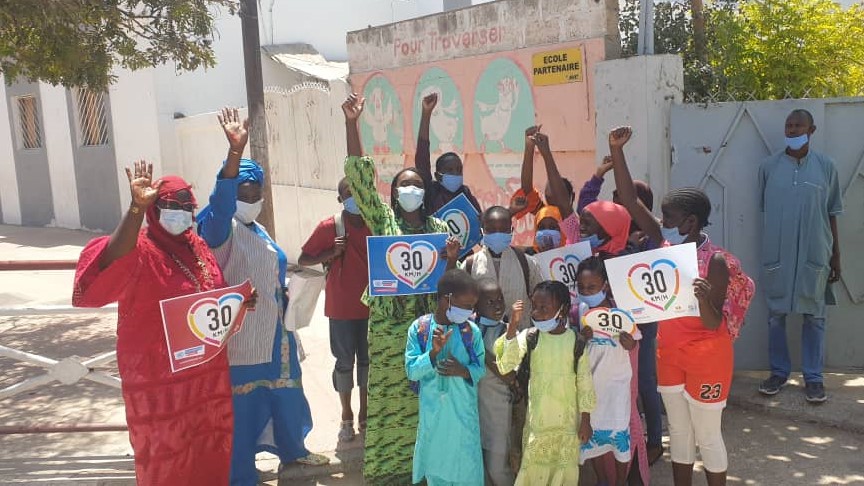 In Senegal, a long-awaited law mandating 30 km/h limits around all schools in the country has been approved. Alliance member LASER International has been instrumental in advising the Ministry for Infrastructure and Transport on the drafting of the new law.

LASER International has been advocating for school zone safety for 30 km/h speed limits since 2012. To advocate for the new law, the NGO worked with  municipality mayors who  acted as champions to petition Ministers of the national parliament to adopt 30 km/h around schools into national policy. LASER International used the new Decade of Action as a way to bring road safety to advocate with Senegalese MPs who were members of the African Regional Network of Legislators for Road Safety to advocate for the law and to seek their support in pushing for it to be approved.

Text was included in amendments to the road code, drafted by the Minister of Transport, to incorporate the mandate for 30 km/h limits in school zones. The draft of the law was adopted by the Council of Ministers chaired by the President in July 2021 and was sent to Parliament to be introduced for Members of Parliament (MPs) to vote on.A vote was cast and the law approved on 7 April 2022.